Longboard Setup: The Parts You Need to Do It Right

The idea of cruising down the street without having to push your skateboard as much has been long implemented in the form of a longboard. This is still a skateboard except that it isn't as short and it has more flex to it. These boards allow you to carve, cruise and do some downhill racing. Although they are comprised of the same components found on a regular skateboard, they are different enough to make you scratch your head when prepping for a setup.

A deck can be differentiated the best by its shape as differently shaped boards will give you a different experience. For example directional decks allow you to ride the longboard skate only in one direction which makes it great for beginners and everyday cruising. Symmetrical deck shapes are another set of shapes made mainly for advanced downhill, dancing and freeriding.

There are four directional deck shapes, the blunt, fishtail, mini cruiser and pintail. The pintail is the most commonly used shape for carving and cruising, thanks to its wider base and sharp edges. A fishtail deck is very similar to a pintail deck with the exception of the back edge being in the shape of a fish's tail – although they are shorter they too are great for cruising and carving. A blunt deck is made for complete beginners since it has a rounder tail and nose which contribute to a more stable ride. Mini cruisers are basically more compact longboards, usually up to 83cm long.

Symmetrical decks are twin, drop down, speedboard and cutout. A speedboard offers a lot of stability and, of course, speed which makes it perfect for freestyling, downhill and freeriding. A drop down deck is really stable too since the deck is dropped down making for a comfortable foot placement. Twin decks have both ends the same as you can start riding the board from which ever end you want – ideal for freestyle riding. A cutout deck is very stable and fast since there is a cutout for each truck to go in, allowing them to dive in deep.

With bendability or the deck's flex you get three different levels. Flexible, medium flexible and stiff. Flexible decks are less stable at high speeds but they have very good shock absorption on bumpy roads, solid for cruising and beginner tricks but not meant for downhill riding. Medium flexible decks offer great shock absorption too and are more stable at high speeds than flexible ones. The ideal decks for downhill riding are stiff decks as they offer the most stable ride when travelling at high speeds, but they are not ideal for bumpy roads.

When it comes to the length of a longboard skate deck there is quite a bit to choose from, as its length varies from 55cm to 152cm and even more. While there isn't an official length chart you can divide them in three categories. Decks from 55cm to 78cm are great for small and young riders, 81cm to 106cm decks are meant for most people and decks longer than 109cm are best for tall people.

Riding style also plays a part in this and usually when it comes to cruising, 71cm to 116cm long decks are what you need, for freeriding anything between 96cm and 106cm works just fine. Downhill riding requires decks between 91cm and 106cm. Width may not be as variable as a deck's length,but it sure plays a role in stability. Usually longboard decks are between 17cm to 22cm wide, anything bellow 21cm is considered a narrower deck whilst wide decks are 22cm ones. The wider the board the more stable the ride.

There's two board profiles, camber and rocker. Whilst the former deck is going to be more flexible and great for carving the latter is going to give you a more stable ride thanks to its curved down shape.

Traction is a must have part of every skateboarding experience as it helps you keep your feet on the board more easily. There are different materials you can put on the board to provide that extra grip - grip tape is the most common choice and plastic the least popular one.

Grip tape is very durable and extremely grippy whilst being available in different colours. Plastic, on the other hand, is only good for cruising. If you are going to ride barefoot go for cork material but you will lose on some traction because of that very reason.

The construction of a deck or the materials it's made of are manily fibreglass, hardwood, carbon and bamboo. Fibreglass and carbon decks are very light, robust very stiff too whilst hardwood decks are also stiff the foam core makes it rigid as well as lightweight. Bamboo is the most used material since it is the lightest of the bunch and the most flexible – when combined with maple it makes for the perfect mix of flexibility and durability.

The main part of any truck is the kingpin as it keeps the hanger and baseplate together – there are two types, reverse and standard kingpin. The standard kingpin is facing toward the axle and hanger and it is used for traditional trucks found on most park/ street skateboards. The reverse kingpin is what you'll want to get since it faces away from the axel and hanger enabling you to cruise, go downhill and do a bit of freeriding.

The hanger is a T-shaped metal that holds the axel which is a long pin going through it and its attaches to the wheels. These two dictate the width of a truck and sometimes it's the axel length that is considered as the width of the truck and others it's the hanger length, depending on how the manufacturer decides to look at it. If you go with trucks that are wider than the deck's width you will have a more stable and a less responsive ride and vice versa if you go with narrower trucks.

The baseplate or its angle determines manoeuvrability, this is also the angle at which the hanger is placed. A 50° angle baseplate is usually the common option as it gives a you a tall ride, solid turning capabilities and minimum leaning. With lower degree baseplates you get a less responsive ride at lower speeds but more stability at higher speeds. You can combine the 50° baseplate angle with a lower one on the back to get a stable ride and responsiveness together.

Bushings come in 4 different shapes such as, barrel, cone, stepped cone and double stepped. Barrel bushings are meant for all types of riding styles and they are responsive at high speeds. Cone bushings are ideal for sharp turns and responsiveness which is even better than the one a barrel bushing offers. Stepped cone bushings provide more stability and less responsiveness than barrel bushings and double stepped are ideal for downhill and freeriding as they provide excellent stability at high speeds since they block the movement of your trucks at a certain point.

The place where the bearing sits is called the wheel core which is available as a centreset, sideset and offset. A centreset core is perfect for downhill riding as it provides a lot of grip. A sideset core provides the least amount of grip which is why it is perfect for drifting and sliding whilst an offset core sits in between the centre and side of the wheel which gives you a mix of both grip and sliding.

The hardness and softness of the wheel is what the wheel durometer determines, with softer wheels giving you better grip and slower speeds and harder ones making for a faster ride but providing less grip. This is measured in the “A” hardness scale which ranges from 1 to 100 – smaller numbers mean softer wheels and higher numbers represent harder wheels. The majority of longboard wheels range between 75a and 90a.

Sometimes referred to lip profile, wheel shape is an impactful part of a board's grip. Sharp, rounded and bevelled lip are the three wheel shapes with the sharp lip wheel being the best at providing grip on the streets whilst rounder lip wheels being best for freeriding and sliding as they have a small contact patch. Bevelled lip wheels provide grip to some extent but are not as free flowing as rounded lip wheels.

The width of the wheel from lip to lip is what is called the contact patch. With a large contact patch you get better grip and with a narrower one you get less grip which is what makes a longbaord good for freeriding and sliding. A shiny outer skin makes a contact patch grippier whilst a rougher and softer makes it better for sliding.﻿

Categories: longboards, long skates, skating
Winter Mittens Vs. Gloves - Which Ones Are Best for Skiing & Snowboarding?
Keep Your Fingers Warm and Cozy - Tips for Choosing Ski Gloves and Mittens
Back to home page
Share this post 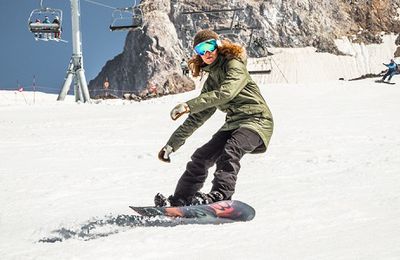 Types of Ladies Snowboards for a Fun and Exciting Snow Ride 5 Key Factors to Consider When Buying a BMX Bike 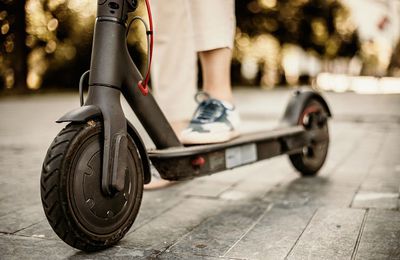